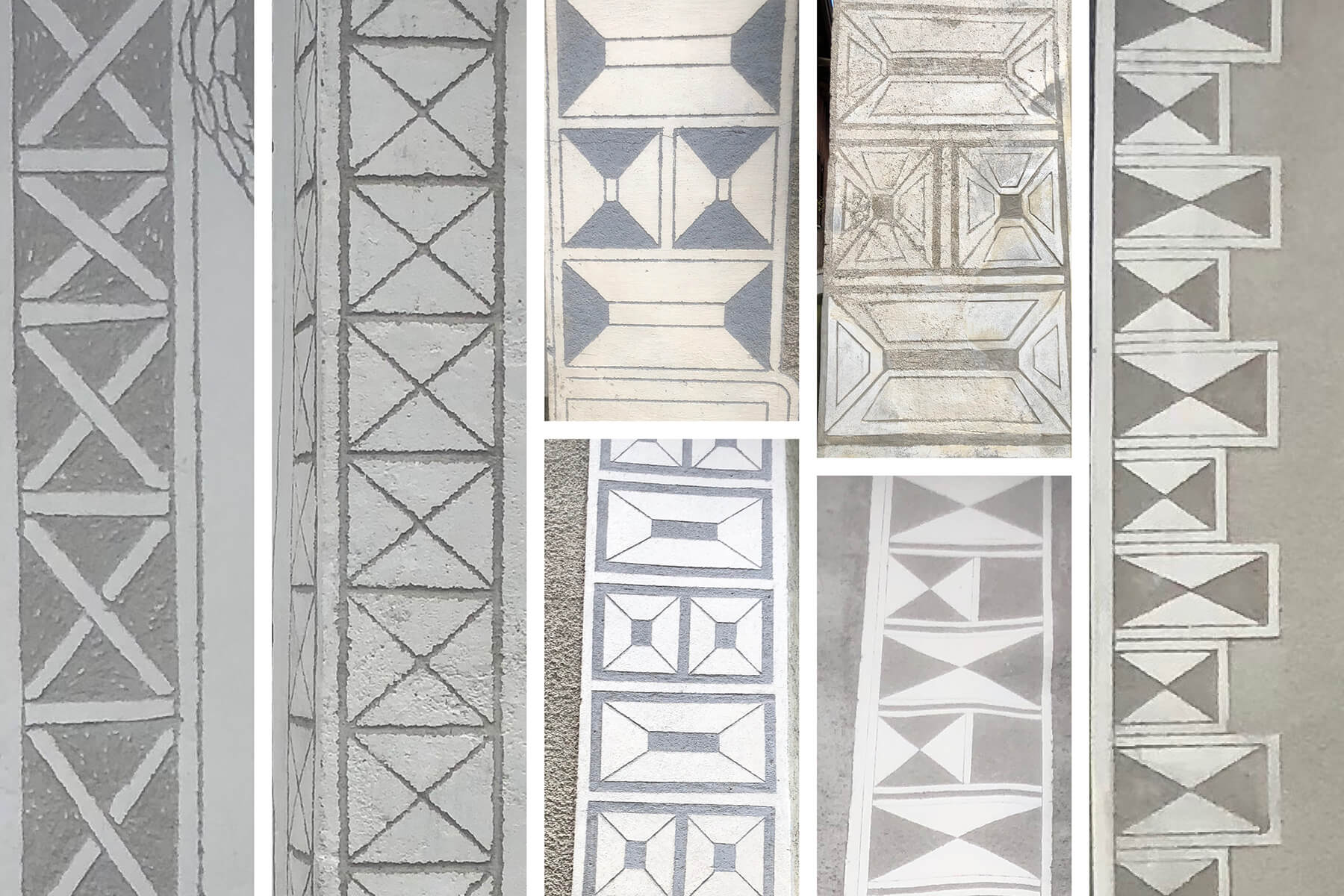 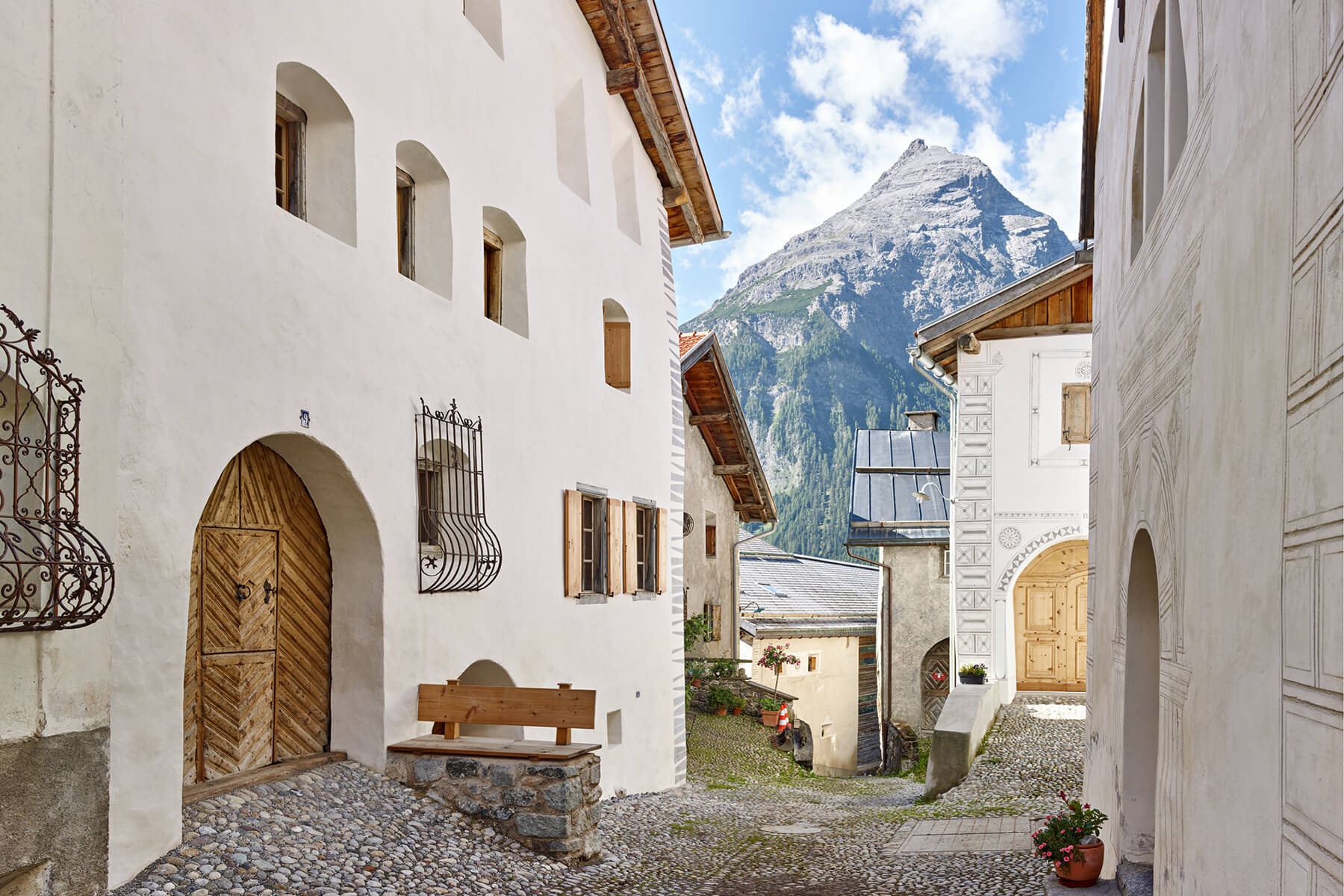 Three different historical periods are manifest on the building’s ancient façades: There are two funnel-shaped windows on the second upper floor, whereas on the first upper floor typical segmental arch windows have been exposed. The ground floor exhibits the biggest window openings, dating back to the 19th century.

The entirely transformed and renovated old farmhouse has become one big work of art, including not only the architectural interventions, but also the design of the façades, the interior walls and floors. The pattern and structures that have been designed specifically for this project are based on the traditional paintings and sgraffiti found on-site.